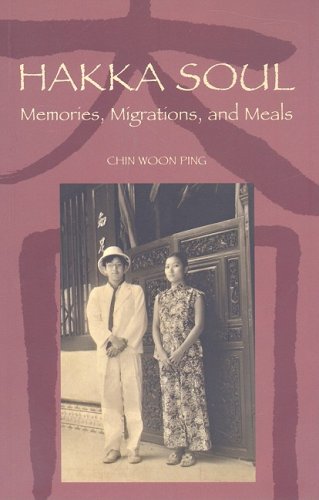 Chin Woon Ping’s Hakka Soul chronicles the dreams, ambitions, and idiosyncrasies of her family, beginning with the death of her grandmother in pre-Independence Malaya. It was a tumultuous period when the occupying Japanese army had just been defeated, the British colonial government was losing its grip on the country, and a communist guerilla insurgency had broken out in the jungles of the Malay Peninsula. Her stories follow the family’s move to the United States and a journey to China to visit her father’s ancestral home.

The family’s migrations are part of the global diaspora of the Hakkas, known in China as the Guest People. Chin’s poetically and amusingly rendered accounts of Hakka history, language, and mythology, derived from research and oral history, are a moving tribute to the endurance of her people and their culture, and a paean to the incomparable Hakka cuisine.

Solopreneur Success: How to Plan, Create and Run a One-Person Business