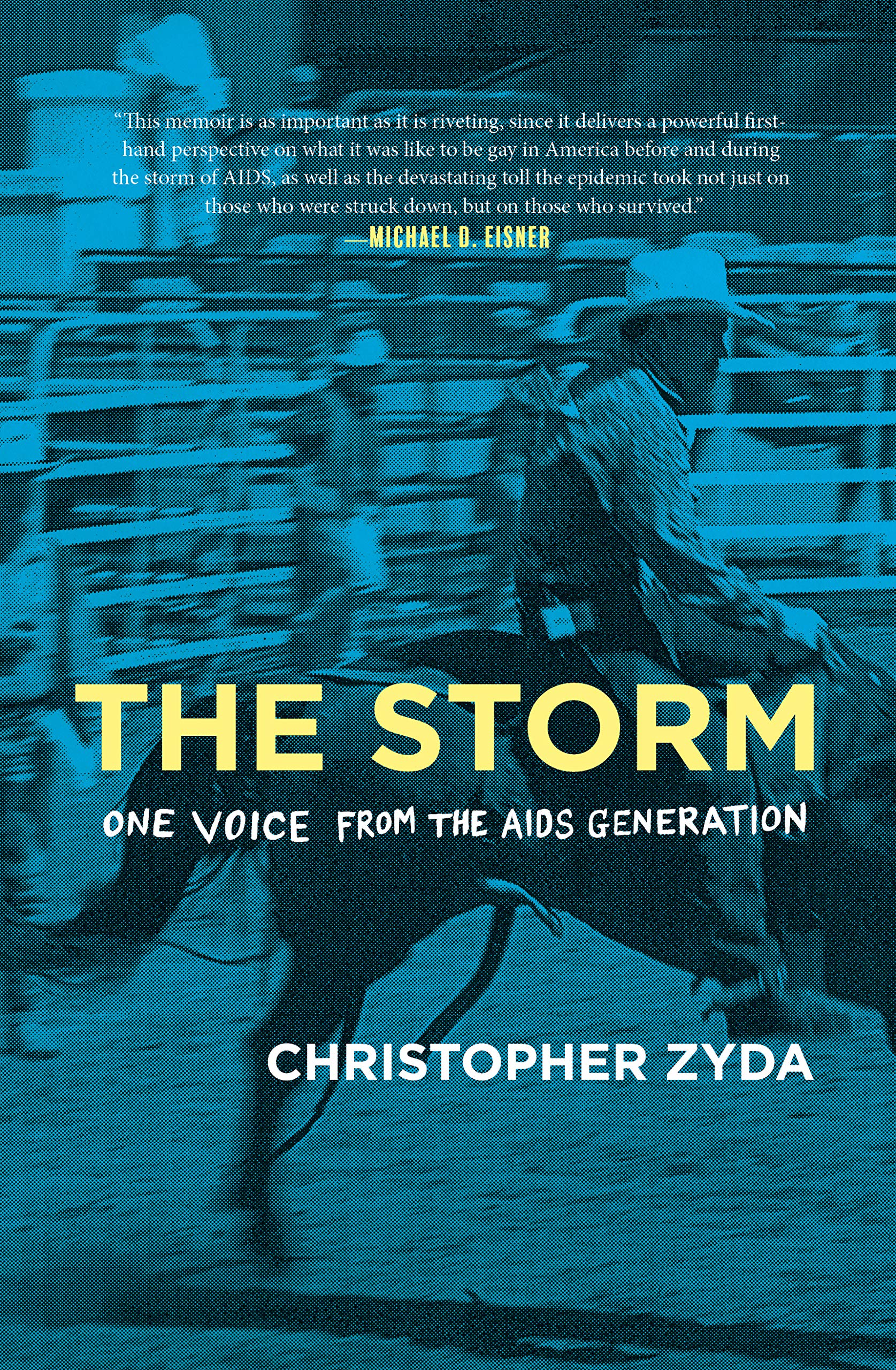 The Storm: One Voice from the AIDS Generation

Christopher Zyda confronts the long-buried and painful memories of his harrowing fifteen-year journey in The Storm: One Voice from the AIDS Generation, a heart-wrenching love story and coming-of-age tale during the early years of the AIDS crisis in Los Angeles.

It all begins in early 1984, when Chris, a twenty-one year old UCLA English Literature major, risks ostracism when he comes out of the closet to his fraternity brothers just as the AIDS pandemic is beginning to explode in gay communities across the United States. Soon afterward, Chris meets and falls in love with Stephen, a graduate of Yale University and Law School, and the two of them build a life together as their friends start to fall sick and die from the spreading storm of AIDS.

Stephen begins showing symptoms of AIDS in early 1986, and Chris faces a difficult choice as he is certain that he, too, eventually will be stricken by the disease. He abandons his writing career and attends the UCLA business school so that he can earn enough money to pay for healthcare during Stephen’s illness.

The Storm is filled with heart, optimism, and love, interspersed with Los Angeles history, gay and lesbian history, AIDS history, and the backdrop of the 1980s and 1990s. It is an unflinching and, at times, raw memoir of perseverance, integrity, forgiveness, the power of love, spiritual growth, Carpe Diem, dreams, and, most of all: survival and ultimate triumph.